So this weekend I went to Germany for 24 hours to surprise one of my best friends for her Hen Party. It was an insane whistle-stop tour taking in Frankfurt, Viernheim and Mainz, and for anyone who knows me, this is a big deal, because I hate to fly. I mean REALLY hate to fly. And I hate to fly with a certain Irish airline most of all. I’m only a little bit ashamed to admit that there were tears during take off on the way out. They may have been exacerbated by the glass of champagne I had at the airport to “calm my nerves”.

Now I’m sure you’re all wondering “what’s this got to do with running? Are you going all travel blog on me?” No, wait – hear me out. It was the Mainz marathon this weekend…..

But that’s got nothing to do with it either. That was just a coincidence. Are you crazy? I don’t do marathons (yet).

No, the inspiration for this blog post comes from a fellow-passenger on the flight home, aka THE WORLD’S MOST CHATTY SLASH SOCIALLY INEPT MAN.

Bless his heart. There’s a possibility he was trying to distract me from my fear of flying, but after he told me how he’d “graffiti-ed the toilet” when he took a mid-flight comfort break (better core strength might have prevented that), I think he was just severely lacking in “social barriers”.

Core strength is a runner’s friend

I mean at one point I turned my back to him and held my magazine right up to my face and he still kept on chatting. And I take after my dad – I’ll generally chat to everyone rather than offend them in any way, but I was seriously at the end of my tether when he asked me how I had found the pound versus the euro and then proceeded to complain about his onset of manboobs (his words, not mine).

And here’s the point of this blog post – we somehow got on to he subject of running and he started to ask my advice, which made me think I should share the three things I wish I’d known when I started running.

When I first started running my breathing was all over the place. I would do anything just to get breath into my lungs, taking great erratic gulps until I got a stitch in my stomach that felt like it would split me in half and force me to stop. Then I got my hands on The Complete Book of Running for Women by Claire Kowalchik, and it changed everything. Even though the book was published in 1999, everything it says (with the exception of tape players – keep up kids – and the lack of fitness/tracking gadgets) is still completely relevant.

The section on “rhythmic breathing” is what did it for me. This is where you coordinate your breathing with your stride in a 3:2 ratio (or 2:1 for faster runs), so this means you inhale for 3 steps and exhale for 2. The thinking behind this is that you hit the ground with the greatest force at the beginning of the exhalation, so by making sure this happens on alternate legs each time means the stress on your body is spread out, rather than only happening on one side, which is what is going to give you a stitch. It takes a little while to get used to it but I guarantee that in a couple of weeks it’ll be second nature, and you’ll never look back. Plus I know from my own experience that during long races, when I start “hitting the wall”, I simply forget about the pain I’m feeling and focus on my breathing. That soon gets me back on track.

2. Get Your Gait Analysed

This is one of the things “socially awkward man” asked me on the plane. Is getting your “feet looked at” worth it? My answer to this is always YES. For a long time I wore Asics as they had always been my preferred trainers mainly due to my liking the way they looked (vacuous, moi?). However they tend to be pretty narrow in the mid-section, and I found that on longer runs my feet were obviously swelling and had no room to fully expand. Then after I did my IT band in (more on that another time), I was advised to get my gait analysed. This involves running on a treadmill and watching the footage back in slow motion to see how you land on your foot, and whether you’re a neutral runner of whether you under or over-pronate and therefore need trainers that will correct this. 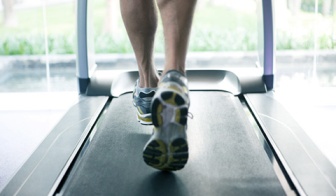 Not my legs. Someone else’s legs

If I’m honest I thought it was just a way for shops to sell you the most expensive pair of trainers on the shelf, but I figured I had nothing to lose so I gave it a go, and I’ve been a Brooks Adrenaline GTS girl ever since. And guess what? No more IT band issues (and they helpfully look AWESOME too). Plus you’re spoilt for choice in Cambridge with Hobbs Sports, Up & Running and Advance Performance all offering Gait Analysis (although when you go you should be intending to buy your trainers from them rather than just exploiting their service)! Just be prepared for the fact that you may catch a glimpse of your bum in slow motion. Rarely flattering.

Ever since I did my IT band in, I’ve foam rolled it regularly to prevent it from getting too tight. However, I neglected the rest of my legs and when I strained a tendon and ligament in my foot after the Cambridge Half Marathon, my screamingly tight calves suggested that I needed to step up my foam rolling game, sharpish. So now I foam roll all of the muscles in each leg for 10-15 minutes every day, usually whilst watching cat videos on my tablet (don’t judge me).

Foam rolling is much like a sports massage, and every time you hit a sore spot you just have to toughen up and keep your weight on it for 30-60 seconds until you feel it easing up. There are loads of online tutorials for foam rolling specific muscles, and it’s a fairly inexpensive bit of kit, but trust me – it’s one of the best habits you could possibly get in to. I cannot recommend it enough.

So there you go – my list of must-dos for those new to running. I’ve made a lot of mistakes in my time but hopefully with this blog post I can stop one or two other newbies from making the same ones.