On their website they say “parkrun is all about inclusiveness and wellbeing. We want as many people as possible to feel part of a real local community brought together by our events”. The founder, Paul Sinton-Hewitt says “no-one should ever have to pay to go running in their community regularly, safely and for fun.” 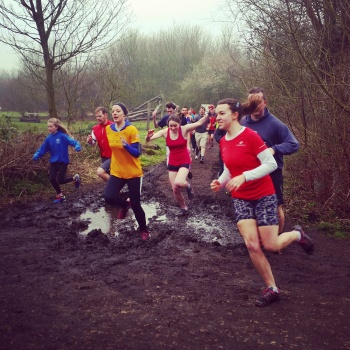 And this is the key to what makes parkrun so utterly brilliant. There is no barrier to getting involved. You just need to throw on a pair of trainers, get to the home of your nearest parkrun and then walk, jog or run the 5k. It’s timed, so each week you can run against yourself, feeling utterly motivated when you shave off another couple of seconds and feel like maybe – just maybe – it felt a little easier this week compared to last week. It’s all run by volunteers (of which there have been 179,475 so far) and you do not have to pay to run. At a time when I’ve seen a lot of runners balking at the cost of their local 10k race on Twitter, the parkrun movement is a glorious antidote to that. The lack of cost is fundamental to its global success.

There are so many wonderful success stories of people who have become involved in parkrun who say that they probably wouldn’t be exercising without it. I saw Alyssa Willis on Twitter talking about how her local parkrun changed her life. The convenience of it made her feel like she had no excuse but to go and try it, and she lost 4 stone as a result. She is now training for her 2nd 10k.

So imagine her dismay when her local parkrun – Little Stoke parkrun – became the first to be told they need to charge runners £1 each by the local Parish Council so that they can contribute towards the upkeep of the paths. As this goes against the entire ethos of parkrun, they have no option but to close the run.

Ok, but am I walking on glue here or do people already pay council tax for things like this? And why penalise a specific group of runners? If a random group of runners use it, or a group of mothers with pushchairs go walking there, or a wheelchair racing group use it, would they be charged as well? Or do the council feel more able to charge parkrunners simply because it’s a known organisation that regularly attracts up to 300 runners?

At a time when adult obesity is rising and the government is taxing sugary drinks and telling us that we need to move more because our NHS is struggling under the strain of obesity-related illnesses, why on earth would any council put up a barrier to fitness? It seems so unbelievably short sighted when you look into the longer term economic impact. If people stop exercising they open themselves up to physical and mental health problems, which then puts more strain on services within the community. For a brilliant breakdown on the value of parkrun, take a look at this excellent post by Professor Mike Weed.

At the Cambridge parkrun, if you drive you are charged a fee for the car park. No one quibbles this at all. When I go I car share or I get a train to Waterbeach and cycle the rest of the way. The Milton Country Park cafe also gets a HUGE amount of custom because of the parkrun. The queue is always enormous and personally I’ve been known to spend a decent amount getting coffee and the obligatory flapjack for Pete and a kale kick smoothie for myself (don’t be fooled – it’s usually followed by a pain au chocolat chaser when I get home). parkrun enhances a community on so many levels, but when you start charging people to run it, it can no longer fulfill its promise.

The dismay in the parkrun community when the decision was passed by the Parish Council was clear to see. There were tears from people who were losing what has become a big part of their life, enhancing their health as well as their social circle. I desperately hope that parkrun successfully appeal this wretched decision and that the Council thinks about the good of their community rather than trying to make a short term profit with a long term negative impact. In the meantime, if you believe the folk of Stoke Gifford should be able to continue running for free, you can sign the petition here.