A while ago, a runner (and all round awesome person) I know was telling me about how much she loved her running commute. I nodded along, smiling at the thought of it, feeling slightly awestruck at the mental distance she was regularly covering (10 miles!), but never thinking it was something I would add into my routine. It was too difficult to organise, too hard for me to work out how to get kit to and from work, and too hard for me to downscale all that tat I shove into my bike pannier and take with me to work every day.

Oh how wrong I was.

I’m not even sure how it started. I know one day back in March my friend Pete decided to run from Cambridge to Waterbeach, which is around 10k along the river. He did it, and I happened to bump into him as he was jogging back home. He was full of the joys of his run, if feeling a little foolish at deciding to stick both a coat and an umbrella in his rucksack. I guess you never know right? 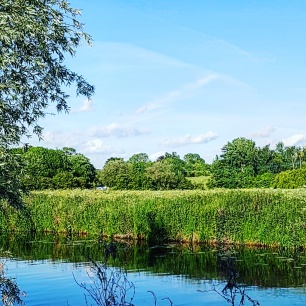 I started thinking seriously about giving it a go, chatting to some runners on Twitter, and seeing just how many people love choosing running as part of their commute to or from work. So I decided to get myself a running backpack (this Deuter Speed Lite was a steal back in April for £25), and managed to learn to pack light. For anyone who knows me well, this is nothing short of a miracle. I swapped my journey to work, leaving my bike at Ely station and walking the 1.3 miles to work from Cambridge station in my running gear, changing into my carefully chosen lightweight work outfit when I reached the office. At the end of the day, I then jogged half a mile to meet Pete outside the Scott Polar Research Institute and off we went, running a mile through the city until we hit the river path.

And blooming heck what a gorgeous run it is. It’s so easy to follow, nice and flat, not super busy with people (so long as you avoid The Bumps!) and flipping full of nature. On our first run together we saw herons, swans and deer. We time it so that there are two trains we can catch from Waterbeach 15 minutes apart (so if you miss the first train on the old cold day you don’t freeze waiting on a platform for ages as your sweat dries – attractive I know). We’ve only had one really buggy day (a miracle when you’re running alongside water) when we both landed beasties in the eyes, but that’s such a small issue to deal with. The best bit of all is that we’re both feeling faster when we run without rucksacks. I’m not sure if we actually are, but there’s a lot to be said about the mental boost of feeling like you’re flying just a little bit faster than normal. 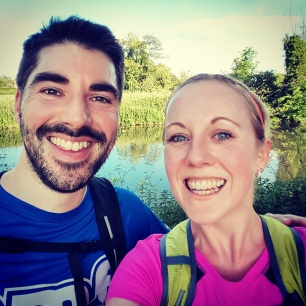 The only problem now is I’m not sure what I’ll do when winter rolls back in. I know it’s ages off now, but the riverside isn’t lit at all, so running home after work simply won’t be an option. The only choice would be to switch the commute from evening to morning, and as someone who isn’t a morning person OR a morning exerciser, this doesn’t exactly appeal.

But six months without my weekly run commute? I feel bereft just thinking about it. You may well see me on that 7:30 train after all…

One thought on “The Simple Joy of the Running Commute”