First of all, I’m being a crummy blogger this year aren’t I? One blog every 6 weeks is not what I hoped to achieve, but I’m injured and grumpy so writing about running hasn’t exactly appealed. But being injured is part and parcel of being an athlete, and I’m finally inching into the acceptance stage of my injury (denial was fun), so let’s kick things off with a write up of a Molton Brown bloggers evening that I was lucky enough to be invited to back in July.

Usually I go along to blogger events to network with others in the area, but I rarely write about them because I’m not a beauty/lifestyle blogger. However, when I heard that Sweaty Betty were going to be at Molton Brown’s, it meant that I could write about it as everyone knows that my Sweaty Betty habit is out of control. And it doesn’t hurt that I’m a Molton Brown mega fan as well…

When we turned up at the event – and there must have been about 20 bloggers there – we were treated to a personalised goodie bag that had been tailored to our own individual tastes based upon the character Sonny and his team had gleaned from our social media accounts. They got mine spot on, with some of my favourite fragrances included (hello rhubarb and rose)!

We were also treated to gin cocktails from gorgeous local tapas bar La Raza, and hand and arm massages from Sonny and his team. After much deliberating, I chose the Caju and Lime fragrance, which was beautifully uplifting. I’ve been using Molton Brown hand lotions for years, and I’ve long been a bit fan of gifting Molton Brown products to friends and family, as people rarely treat themselves to luxury shower gels and body lotions. I picked up a bottle of the new Bushukan shower gel (citrus with a hit of black pepper) for the other half’s birthday, and a hand cream that I’m giving away to one lucky follower (see details at the end of this post)! I was devastated however to hear that my favourite fragrance, violet and vanilla, was limited edition! It’s still available on some sites but not easy to come by…

And now on to Sweaty Betty, who were showcasing their beautiful new AW collection. What’s fascinating about the fashion design world, is that they have to be predicting trends SO far in advance. I’ve been told that Sweaty Betty are looking ahead about 18 months, and so back in early 2018, they chose to be inspired by South Korea for AW 2019. They headed over to Seoul, where they were inspired by the “incredible juxtaposition of futuristic buildings and blazing neon alongside traditional architecture and old palaces”. In addition to this, they focused on women in South Korea who were “pushing against the norm. South Korea is very driven by a specific type of beauty, so [it was] amazing to see some really cool women rejecting labels, including the long boarder, Ko Hyojoo.”

Mary-Beth, the store manager at Cambridge, also told me about an underground tattoo scene in South Korea that inspired some of their new prints. Fascinatingly, although it’s not illegal to have tattoos in South Korea, it is illegal to be a tattoo artist if you’re not also a qualified medical practitioner, which is why the underground tattoo scene has grown. This inspired my favourite pair of leggings from the new collection, their new Super Sculpt 7/8 leggings in black cherry (a key colour in their AW collection) with a rose print “tattooed” mesh insert. Also, I couldn’t help but LOVE these retro 80s styling of these running shorts, inspired by the 1988 Olympics in Seoul: 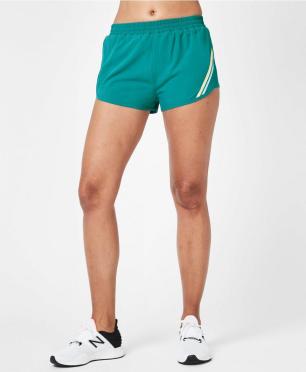 And so on to the competition! As I MASSIVELY failed to celebrate my blog’s 4th birthday back in April, I’m doing a giveaway now instead! You can win this Sweaty Betty and Molton Brown bundle over on my Instagram and on my Twitter (yes you can enter via both to double your chances of winning)! Good luck!

Cheering up Monday (and looking slightly more awake!) in a favourite silk top and a bright lip. I love swishing around in tops like this, even if I do usually catch the sleeves on door handles.
I look knackered but still had fun bouncing around with @johopkins.moveit this morning! 🤣
Cardio fit, zumba and hooping. Anything to pass the time right now!
Sometimes a bright yellow cardigan can make things seem a little better. Whatever works right?
Kicked off Tuesday morning with a brutal session with @johopkins.moveit! Cardio, strength and combat. 3 rounds of 3 x 3 minutes... 🤢
I'm practising my headstand in lockdown. You? And yes, I know I'm as pale as the moon and my lawn is in a right old state...
Hair brushed (ish), dress on, bit of make up... most days I'm living in @sweatybetty with my glasses on and hair in a ponytail but it feels good to make an effort for no reason!
Just thrashed out a 4 miler - 2 miles out hard, more gentle 2 miles back. Gorgeous day for it, not many folk out and about. I miss my running buddies though.
Very very lucky to live where I do. 5k walk with the husband this afternoon.