Ok, so I’m going to start off by stating that I’m no medical expert when it comes to the science behind hormones and the effect they can have on female athletes. But I have recently taken a seriously personal interest in this and have been researching the subject quite extensively as I feel like it really needs a continued discussion. If you’re not comfortable reading around the subjects of periods (although this is more about female hormones than that) then feel free to give this blog post a swerve. Or maybe read one of my other ones? They’re pretty awesome. 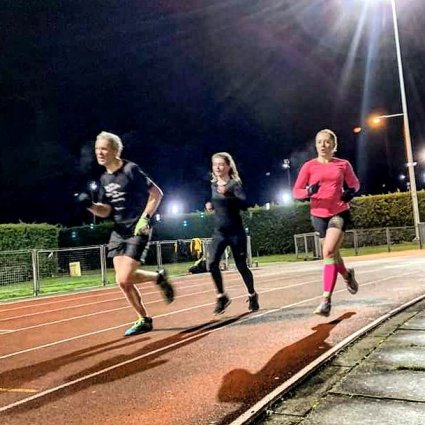 To give you a bit of background to me and my reason for taking an interest in this subject, hormones and I don’t get on very well. My body generally overreacts to them (what a diva, right?) and around the age of 15/16, when I first started my periods (yep, one heck of a late bloomer), my body decided to have a series of seizures. A moderate response I’m sure you’ll agree. Two such memorable examples of this include one when I landed face down on a carpet the day of my drama GCSE exam and had to go in with mild burns on my face (I still got an A), and another in the bath which involved my dad kicking the door down, and me being blue-lighted to Addenbrooke’s in my David Beckham nightie. Sweet.

Since then, it’s been a bit of a battle. Many years of being on different versions of the pill, dealing with crazy hot flushes, and not really having periods for about 10 years after I switched to a progestogen-only mini pill. But towards the end of 2018 I started getting incredibly frustrated that I never really knew what my body was going through month to month. I’d find some training sessions so unbelievably hard and couldn’t understand why I was so lacking in energy.  I had no way of checking just how hard I should be pushing myself week to week, and worst of all my overheating issue was getting out of control especially at night when I would be sweating so much that it was like having a fever. Every. Single. Night. I was exhausted and felt disgusting. So in January 2019 I moved away from hormones (hopefully) forever and had a non-hormonal coil fitted. But this meant that after never having run with a period, I needed to get my head around my body potentially feeling very different. Hence the recent desire to read around the subject.

Now I know, I know – what’s the big deal? People run with periods all the time. And that’s just it. It’s NOT a big deal, but we all know that until recently, people have failed to talk about it. There’s a reason why tennis player Heather Watson felt the need to call it a “girl thing” when she was suffering with hers during a match in 2015. There’s a reason why it made headline news when Eilish McColgan actually used the word “period” last May when discussing how starting hers was one part of a bad day on the track. And there’s a reason why people are losing their minds over the sight of a tampon string in the latest This Girl Can advert (god only knows what these people do when they see all the rope on the Captain Birdseye adverts. They must be irreparably damaged). People are still uncomfortable talking about the fact that women can have periods and do sport.

We all know that girls drop out of sport in their droves at school. There are many reasons for this – prioritising study, peer pressure, fears of how they look while exercising – but periods, and the associated shame, play a huge part. Back in 2017, Betty for Schools carried out research on 2000 women, where 46% stated that they had used their periods as an excuse to skip PE classes, even when they felt well enough to take part. The top reason given for this (39%) was a fear of leaking, with 18% stating that they felt too tired or in too much pain to take part in exercise, suggesting that embarrassment rather than physical concerns were the major barrier to participation. Take a look at their eye-opening article here. And to be fair, I totally get it. It’s taken me a while to get around to writing this post as it felt like a really personal thing to share (it was a DAVID BECKHAM NIGHTIE for crying out loud) but if we don’t talk about periods young girls will continue to think of them as something to be ashamed of in the sporting arena. Plus I’ve realised at a lot of races there are only portaloos, and trying to change a pad or tampon or – god forbid – rinse a mooncup can be an exercise in flexibility and staying calm under pressure. Perhaps if we continue to talk about these things race organisers might take this into consideration somehow?

But there are other things to consider too. Research by Inger Jacobsen from the University of Lulea in 2006 suggested that women are more prone to injury at certain times in their cycle. It was not exactly clear why this might be the case, but an increase in relaxin (the hormone that helps relax the uterus in childbirth) around the time of menstruation has been cited as a cause, something that has been backed up by other studies. Published work has shown women perform worse on a skill called joint position sense – judging the position of a limb joint, such as the extent to which the knee is bent (flexed) or straight (extended) – around the time of their period. So we need to encourage our female athletes to feel like they can speak about their periods so that their coaches know not to push them during certain training sessions if they’re at a certain point in their cycle. To help me understand this on a personal level, I use the FitrWoman app, which tracks my cycle and lets me know when to push harder, when to prioritise recovery and how to optimise my performance in each phase of my cycle. I thoroughly recommend it. 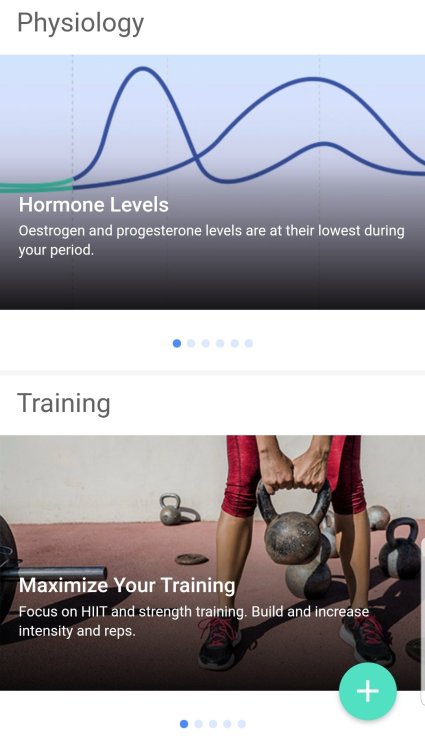 So for me, coming off the hormonal pill and letting my body find its natural rhythm again has been invaluable. Yes, sometimes it means there are more logistics to consider, and occasionally I’ve had to interrupt training to pop home and make adjustments, and sometimes training has just been an utter slog that leaves me wondering why I’ve bothered. But that’s not a new thing. It just means that now I understand why. I find this whole thing fascinating and will be continuing to read up on the subject. If you have any insights or suggested reads to share, please let me know!

7 thoughts on “Hormones and the Female Athlete”