First of all, it’s been a while since I’ve blogged, but sometimes real life has to take priority so GirlRunningLate had to take a back seat while I dealt with what life decided to throw at me.

In the last couple of weeks lots of folk have been looking not only to a new year, but also a new decade. And of course with this comes the question – what have you done in the last ten years?

So I had a think and the first thing that I came up with was, I got married. Then I quickly realised that nope, that was the PREVIOUS decade, and I am quickly becoming ancient and I had a minor existential panic that I had achieved exactly sod all in the last ten years. But thankfully I soon realised that I kickstarted something brilliant in 2010.

I became a runner.

Now I know to some people that might not seem like much. So what? I pulled on some trainers and realised I could move my legs a little faster than a walk like hundreds of thousands of other people probably did in the same decade. But it has caused so many changes in my life. I’m going to try and break them down by year but let’s be honest – my memory isn’t what it used to be so you’ll have to excuse any gaps in the narrative…!

I started running on an absolute whim back in 2010 – a hotel gym, a treadmill, an awesome charity looking for runners for the 2011 Bath Half Marathon and my habit of signing up to things with little thought all combined to my becoming a runner nearly 10 years ago. You can read about my running beginnings in more detail here.

11 months after I first started running I ran the Bath Half marathon for CoppaFeel! with my friend Hannah. Fearne Cotton was there, as were many, many boobs, and I remember it being so cold that I feared my legs would never get going. But I did, and I exceeded all of my expectations by finishing in 1:53:26. The feeling of crossing that finish line was unlike anything I had experienced before, and I was HOOKED. I used to think runners were bonkers, but I had truly embraced the madness. 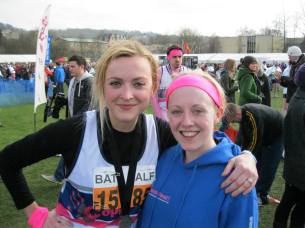 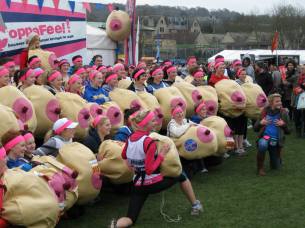 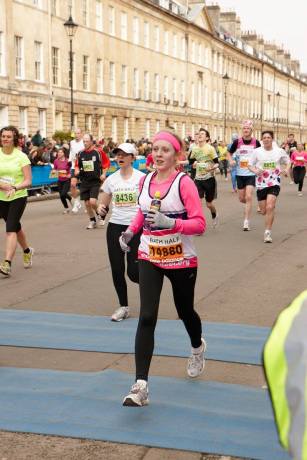 2013 – began working in Sport and became a LiRF

In 2013, I finally left a job I hated to start work as a Sports Marketing Coordinator at the University of Cambridge, and I have no doubt that this role, and my boss Karen Pearce, really ignited my love of sport. It was Karen who encouraged me to do the England Athletics LiRF (Leader in Run Fitness) course so that I could help runners who joined the Sports Centre. I started trying new classes such as Metabolic Conditioning and Circuits, was lucky enough to have colleagues with a wealth of fitness expertise and I started to realise that feeling strong was seriously awesome. I think this simply continued to build in 2014, as nothing else of note happened that year (that I can remember…) 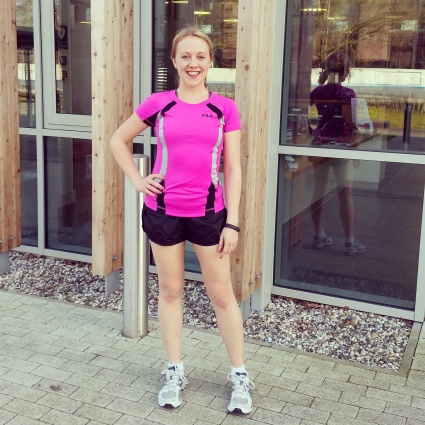 Me outside CamUniSport. Such fun times. I still miss my officemates!

I can’t quite believe this blog is nearly 5 years old, but I started it in April 2015. And it was the second best thing I did in 2015. The first was joining Ely Runners.

My friend Pete (regularly featured in this blog) had joined Ely Runners a couple of years earlier, and had benefitted so much from doing so. In separate conversations, he and Laura Hill (another ER) convinced me to try it out, and the rest is history. So much of my joyful running memories are thanks to ER and my clubmates, and I would be utterly lost without it/them. It’s hard to imagine that without ER I wouldn’t know people like Justin and his amazing frittata skills and constant supply of Double Deckers/Toffee Crisps*. 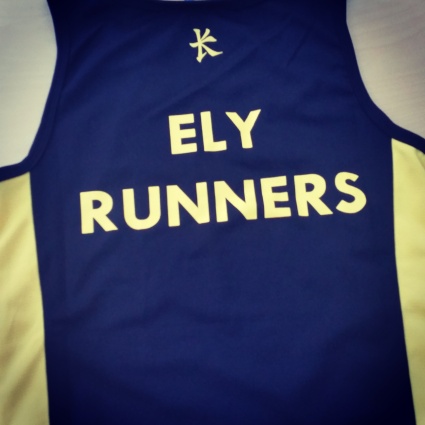 2016 was a tricky year. I had to drop out of the Cambridge Half Marathon, was injured on and off throughout the 12 months, and was finding the mental side of competition really tough to handle. But it had its highs too – I won first place in the Waterbeach Running Festival 10k, did the Wings for Life World Run in SCORCHING heat and loved it, and pushed myself way outside of my comfort zone. I think this was the year I really started to see myself as an athlete.

2017 – Cambridge Half Marathon sponsored athlete and a new PB

At the end of 2016 I found that I had won a prize to be the Saucony sponsored athlete for the Cambridge Half Marathon. I remember being SO scared about getting injured or my nerves getting to me so much that I would bail on the run and let everyone down, but working with physiotherapist Lauren at Progress as part of my prize was one of the BEST things that ever happened to me. As well as working on my strength and running technique she was just so no-nonsense about all the ridiculous thoughts that crowded my mind. She just told me to remember why I was doing this – because I love running. I ended up smashing that half marathon in a time of 135:37, 106th woman out of a field of 3163, and experiencing a moment that I will NEVER forget. 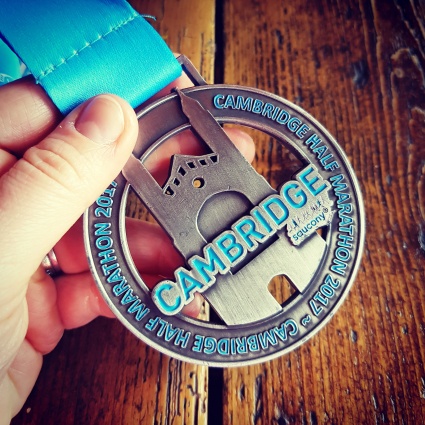 Although I dipped in and out of parkrun between 2015 and 2017 (13 runs in total over the three years!) I became fully committed to the cause in 2018 when Littleport parkrun launched. Even though I always really enjoyed parkrun, driving for at least 30 minutes to run for around 22 minutes, and then driving another 30 minutes home just seemed like SUCH a waste of time. But being able to drive just 10 minutes down the road (or even cycling/running there!) meant that I became a fully fledged devotee, roped in my dad to volunteering duties and became a Run Director myself. I flipping love it.

Ever since I joined Ely Runners I nursed a dream of the sub-20 5k. I had managed some low 20 minute ones – 20:19 and 20:18 – but they had nearly broken me and it just seemed like too much time to shave off. But at the Waterbeach Running Festival I didn’t so much as shave the seconds off as hacked off a chunk of them. I managed to run a 5k in 19:48. I just re-read my blog post about it and could feel the tears starting again. I am just so, so proud of myself.

I also completed my CiRF (Coach in Running Fitness) this year, and I’m so excited about where that’s going to take me. I want to become a really good coach, to learn from other coaches and to hopefully help more people to fall in love with running. I want to keep this mad and wonderful journey going.

When I started running I never imagined I would join a running club, or compete, or sometimes get first lady at a parkrun or win a handful of trophies. I’ve surprised myself in more ways than I ever dreamed I would.

I wonder what my blog post about the next decade of running will look like? Here’s hoping it includes a green t-shirt… 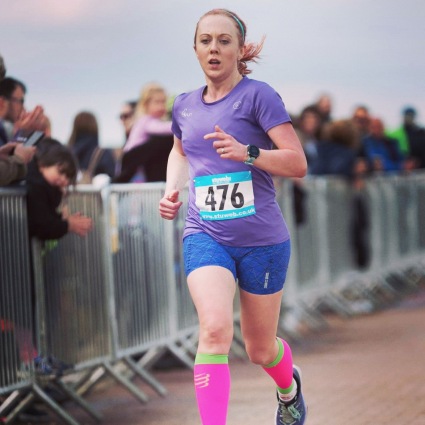 My favourite running photo of the last 10 years. The finish straight of the Waterbeach 5k.

*I couldn’t do a write up of my decade of running without a mention of one of my running besties somewhere! I want to make sure I keep getting fed…

One thought on “A Decade of Running”

Thank you for voting for me in the UK Blog Awards! 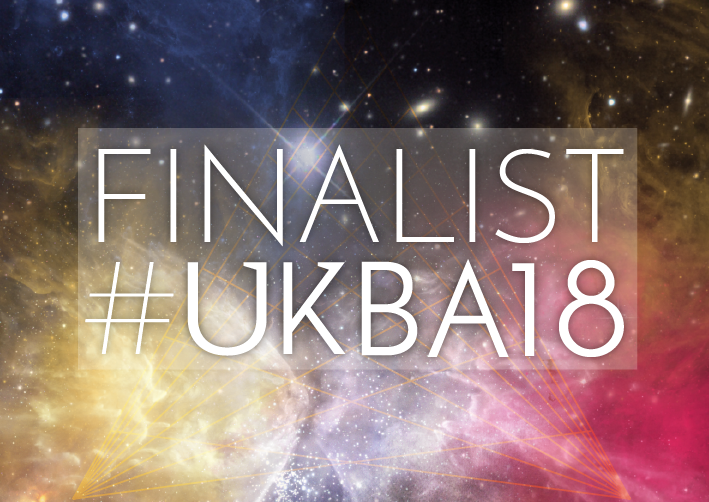 That XC face! Don't worry I didn't let that girl behind me get me! If you want to know why I'm wearing a green and purple ribbon on my running vest, click the link in my bio.
#StormBrendan made cycling to work a bit of a nightmare earlier this week but this morning, all was forgiven. Just beautiful.
I don't even recognise myself any more! 5 miles of #crosscountry done.
Anyone else get a furry #yoga buddy when doing #ywahome?
Another Ely Runners S&C session! Good to see some new faces there today.
The volunteers massive at @sohamvcparkrun this morning!
When there's no way in hell you were going to let those girls you'd overtaken on the final straight overtake you back! 🤢😳😍 Thanks (once again!) to @turtleflea for the pics!
Team Silver in the veteran ladies category at the Cambs AA XC today! So so chuffed and proud of my brilliant teammates Janet and Caroline! I managed to finish the 5.8km of trails in 23.36, and got 4th in the VL35 category.
There are some truly GODAWFUL melty- face photos of me from today's #parkrun but I don't mind this one! Thanks to @turtleflea!